This study examines the Political News Analysis of the Sovereignty of the People's Sovereignty on Eradicating Corruption as the Independence of the Mass Media in Proclaiming the Performance of the Jokowi-JK Government which focuses on 1 year of its administration (20 October 2014 October 20 2015). This research is based on two things, namely: first, how is the analysis of the political news regarding Corruption Eradication in the local mass media (Kedaulatan Rakyat) in reporting on the performance of the Jokowi-JK government; second, how the independence of the local mass media in reporting on the performance of the Jokowi-JK government in the area of ??corruption eradication. Media independence is seen from the method of Qualitative Approach with Critical Paradigm namely Critical Discourse Analysis; using Teun A. van Dijk's Model Analysis of text production involving aspects of cognition and social context.  The production of text in the political news regarding the Eradication of Corruption in Judging the Performance of the Jokowi-JK Government presented by the Kedaulatan Rakyat SKH is a strong text structure. The Kedaulatan Rakyat Daily Newspaper is able to provide detailed Semantic Structure and more coherent relationships between words / sentences. In addition, the Kedaulatan Rakyat Daily Newspaper minimizes graphics and metaphor as rhetorical elements so as to be able to present more real and factual news. starting from text, social cognition and social context. The news on SKH Kedaulatan Rakyat is able to present the factual news objectivity in accordance with the truth and relevance. Not only that, the objectivity of the news about justice is able to be fulfilled by the People's Sovereignty SKH by presenting balanced news and explaining it more neutral without the support of the mass media. 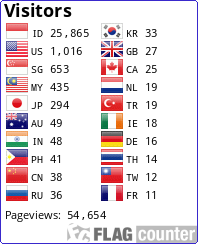